The Rosengart Collection Lucerne – the founder and the foundation.

From “living room” to museum – a unique collection.

Thanks to the generous gift of founder Angela Rosengart, hundreds of masterpieces of Classic Modernist and Impressionist art are now accessible to the public in the Rosengart Collection Lucerne. Previously, these works had adorned the private rooms of the Rosengart family.

“Works repeatedly came into our gallery which were so dear to us that we didn’t want to part with them.”

The founder – a life devoted to art.

“For my 17th birthday, my parents wanted to give me my first long evening dress,” explains Angela Rosengart, the founder of the Rosengart Collection. “However, I would have preferred the drawing Ein Tier geht spazieren (An animal takes a walk) by Paul Klee. With a smile on his face, my father declared himself in favour of the exchange and I hurried into the gallery to fetch my beloved Klee drawing!”

Angela Rosengart has been driven by this passion and her love of art right up to the present day. Born in 1932, she has been active as an art dealer since 1948, first of all as an apprentice in her father’s firm, then, from 1957, as a partner alongside her father Siegfried Rosengart and after his death in 1985 as sole managing director. She has specialised during her professional career in Classic Modernism. Furthermore, she was able to count a number of Classic Modernist artists, including Picasso, as personal friends. Picasso portrayed Angela Rosengart no less than five times. In 2003, the Philosophy Faculty of the University of Zurich bestowed an honorary doctorate on Angela Rosengart.

“To endure Picasso’s gaze was an incredible experience. He seemed to bore into me with his eyes, indeed to eat me up.”

In 1978, Siegfried and Angela Rosengart presented the City of Lucerne with eight masterpieces by Picasso to mark the city’s 800th anniversary. This laid the foundations for the Lucerne Picasso Museum, which they further endowed over subsequent years. Since 2008 these works have been incorporated into the Rosengart Collection. In 1992 Angela Rosengart set up the Rosengart Foundation, the purpose of which is to maintain the art collection left to it by the founder and to make it accessible to the public in Lucerne on a permanent basis.

In 2000, Angela Rosengart purchased the building built by the Swiss National Bank in 1924. When the museum opened in spring 2002, the Rosengart Collection had at last found its permanent home. 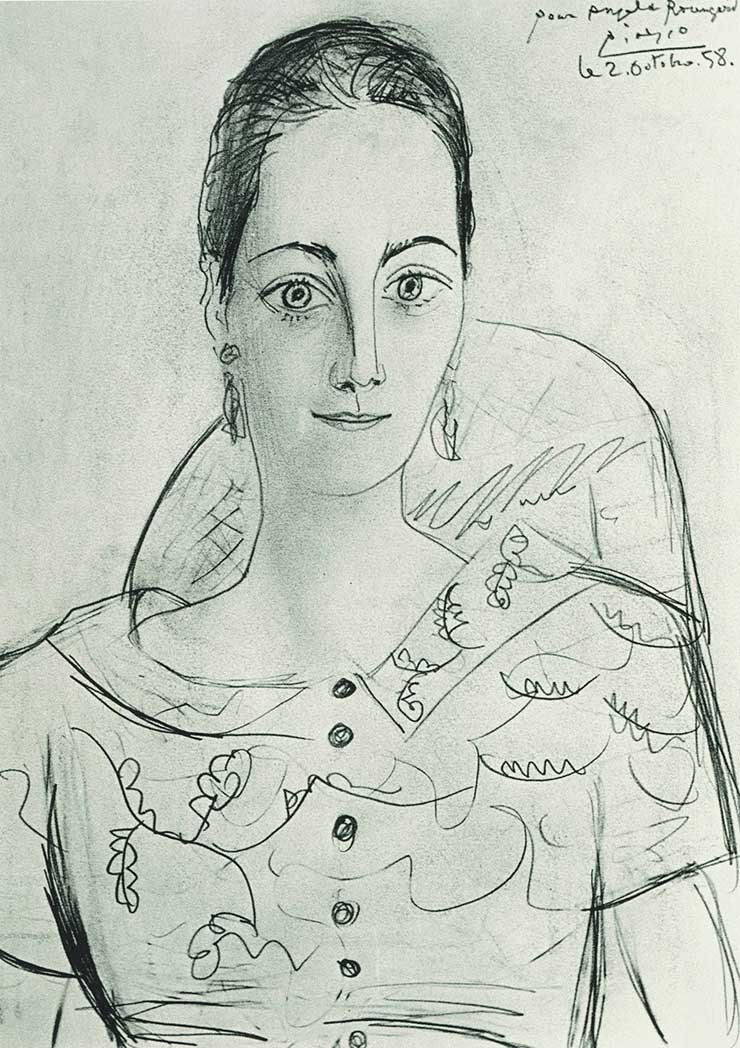